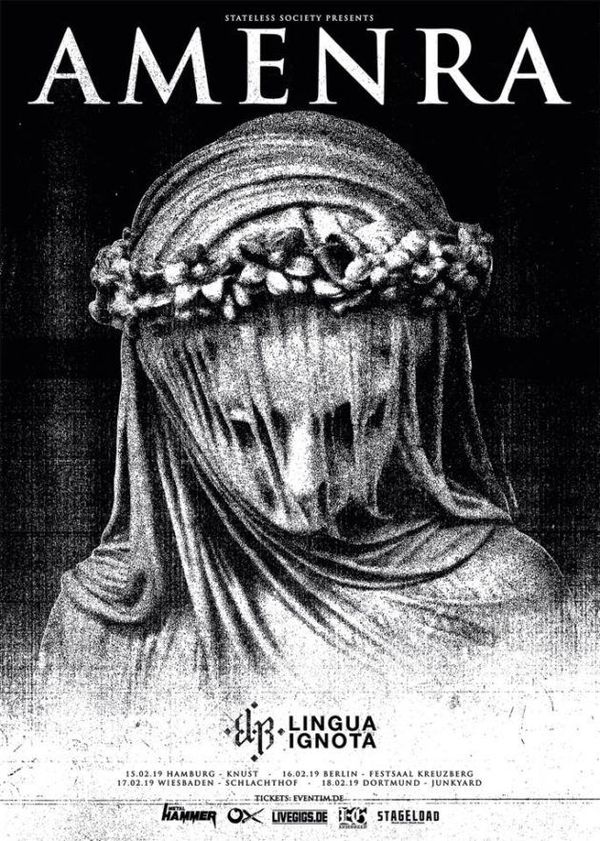 Lingua Ignota will be joining Amenra and E-L-R for shows in Germany. 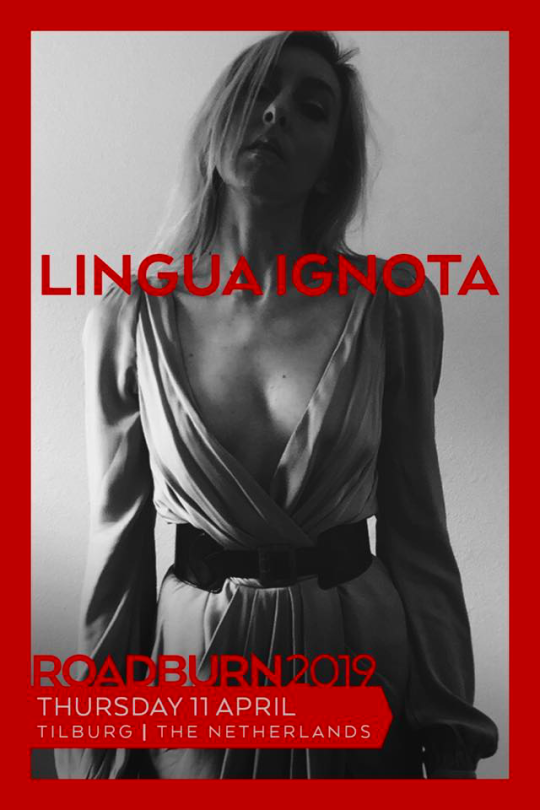 Lingua Ignota will be performing at Roadburn 2019 in Tilburg, Netherlands on Thursday, April 11.
Announcement link HERE 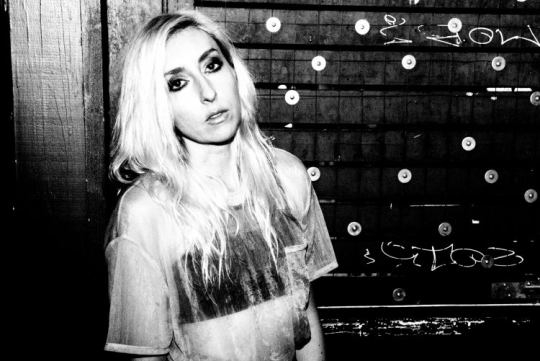 Musician, composer, artist and survivor are just a few words you can use to describe Kristin Hayter. Performing under the name Lingua Ignota, she creates a live show which has been unanimously described as an exorcism. Her mix of choral, black metal, industrial, classical and doom metal makes for an indescribable genera. She is a survivor of both a physically abusive relationship and anorexia, so she uses her voice and music as an art form to express rage, vengeance and fearlessness. Her latest album, “All Bitches Die” (Profound Lore Records) takes you on a spiritual journey to hell and you might feel like you are in the depths of an old Fulci movie. Artist like her are rare nowadays and audiences are known to leave her show in tears. I used this interview to let Kristin tell us her feelings about religion, her past relationship and her interaction with fans. She is the hero we all need. 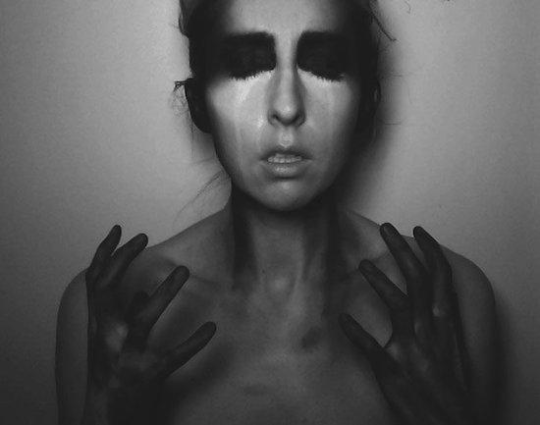 Interview via The Quietus

The ‘lingua ignota’ - Latin for ‘unconstructed language’ or ‘unknown language’ - was created in the 12th century by the German philosopher, abbess, visionary, writer and composer Hildegard of Bingen. A modification of the Latin alphabet, it is no longer clear whether it was a secret language or an attempt at an ideal, universal tongue. Lingua Ignota also happens to be the pseudonym of Rhode Island-based musician Kristin Hayter and, despite the centuries dividing them, distinct parallels can be drawn between Hayter and Hildegard. 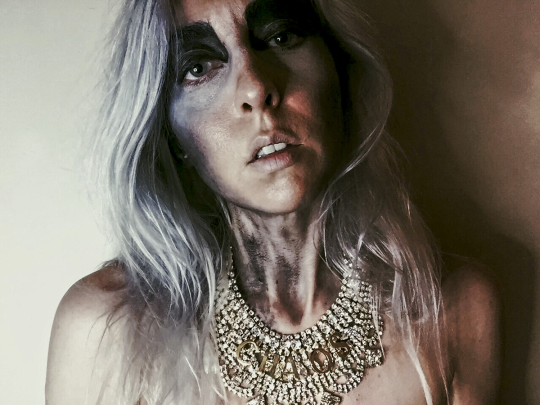 Article via The Village Voice

The first time I saw Kristin Hayter perform as Lingua Ignota, the classically trained experimental musician was presenting her MFA thesis at Brown University. At a white keyboard in a flowing white dress, surrounded by dozens of crumpled-up pieces of paper on the floor, she delivered striking operatic vocals while behind her played black-and-white video footage of serial killer Aileen Wuornos, Pina Bausch choreography to Stravinsky’s Rite of Spring, and burning buildings. When she finished her set, at least three audience members were in tears.

“She’s that sort of magical talent that seems to come from nowhere,” says Steven Vallot of audiovisual electronics project Muslin, who recently completed a West Coast tour with Hayter and doom metal duo the Body. “It seems innate and effortless, yet it’s mixed with work and building a craft.” 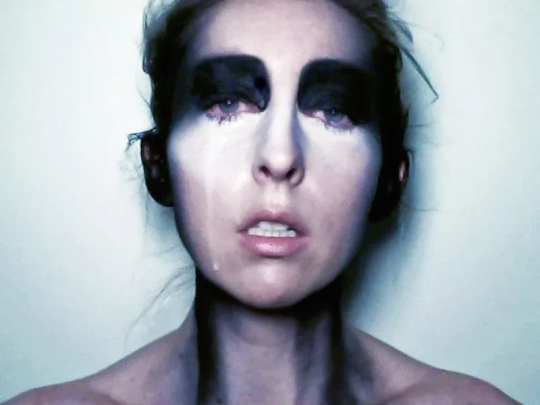 A piece of music should stir emotions and evoke inquisitive thought. Lingua Ignota is, perhaps, the most thought provoking, powerful project in experimental music. Intertwining industrial, electronic, doom metal, classical and more, Kristin Hayter, the force behind the sound, creates behemoths that defy precise labeling. As a survivor of domestic violence with 100% of her artist proceeds going to the National Network to End Domestic Violence, the songs of Lingua Ignota go against the typical tropes of extreme music. Unlike most male-driven heavy acts, Hayter’s art is true; she writes directly from her life and speaks to those who understand the darkness associated with male-dominated society. From exorcism to opera, she tells her stories in a way that is unsettling, impactful and awe-inspiring. Hayter talked to us about sampling Aileen Wuornos, redefining “heavy” and the humans who inspire her art. 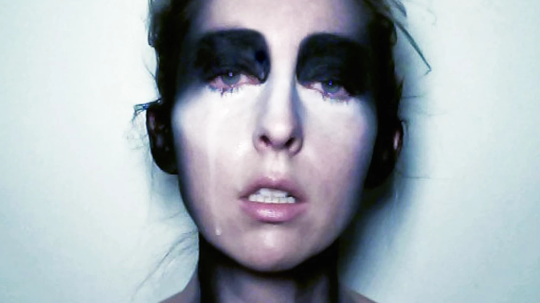 Stream the new EP from the Providence-based artist who explores trauma and survival through neoclassical, death industrial, and extreme metal.

"I've always had this problem of not being able to situate myself, of being a part of things that are so disparate I can't reconcile them," says Kristin Hayter, a classical vocalist and experimental musician who performs under the musical moniker Lingua Ignota. Lingua Ignota's debut EP, Let the Evil of His Own Lips Cover Him, was self-released on Valentine's Day 2017. 100 percent of proceeds from sales went to benefit the National Network to End Domestic Violence, and a second EP, All Bitches Die, just dropped on on June 7, 2017.