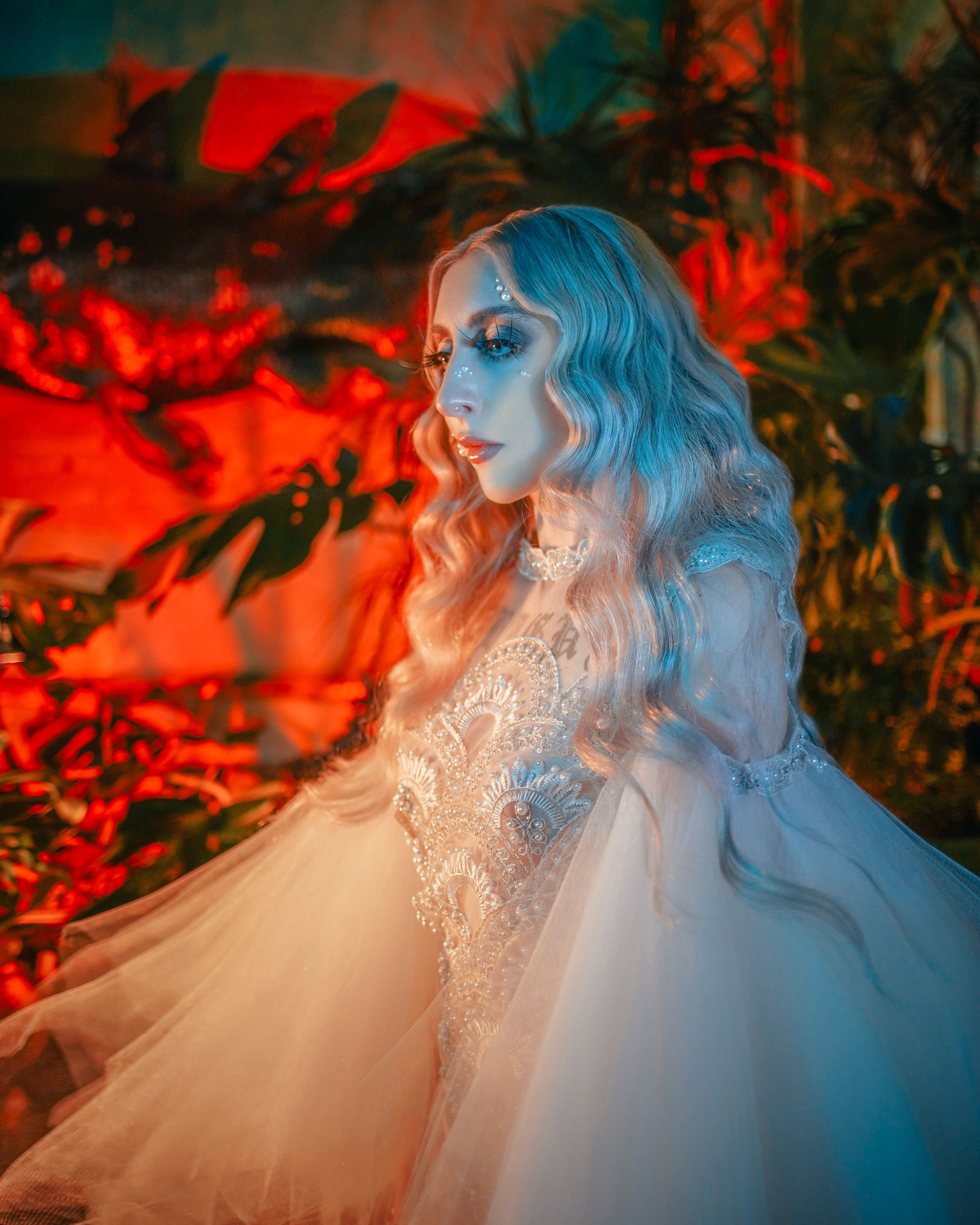 Kristin Hayter sings, speaks, and occasionally shouts on her new record, but she doesn’t scream. Unlike her previous work as Lingua Ignota, there’s very little to tie her songs on Sinner Get Ready to black metal or noise. “It might be kind of divisive,” Hayter admitted. Her most recent album, 2019’s devastating Caligula, garnered international attention for its mix of metal, industrial, and opera tropes, which she combined with live performance art to terrifying effect. But the success of the project became limiting for Hayter: “When I was thinking about making this record, I was literally told, ‘You have to make Caligula 2, and it has to be better than Caligula.'” But those expectations didn’t align with her reality. “I think one of the major tenets of this project is to remain authentic,” she said. “I wanted to really make it about what I was experiencing at that time.”